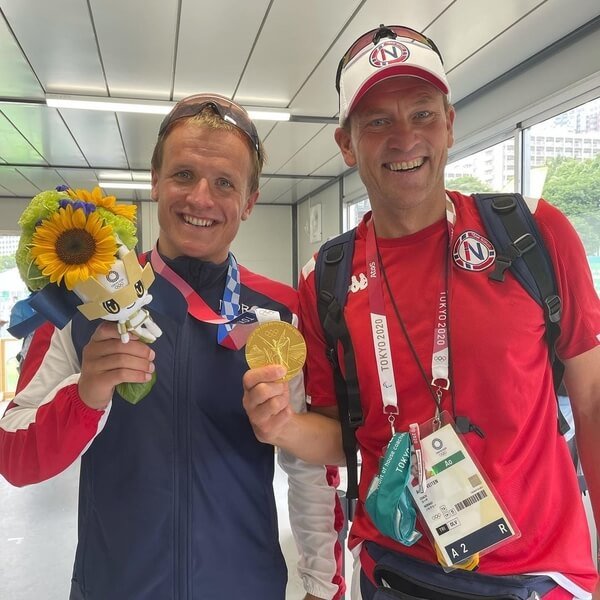 Arild Tveiten is the head coach and sports director of the Norwegian Triathlon Federation. At the Olympics in Tokyo 2021, Kristian Blummenfelt, who has been coached by Arild for 11 years, took the gold medal in the men's individual event, and fellow Norwegian athletes Gustav Iden, Casper Stornes, and Lotte Miller finished 8th, 11th and 24th, respectively. Here, Arild makes his third appearance on That Triathlon Shown to discuss the specifics around training and preparing for the Tokyo Olympics, including heat preparation, tapering, race schedules, and much more.

Main objectives of a racing block

Block of training after WTCS Leeds

Tapering period before the games

Race-specific preparation for the bike leg

Future goals after the Olympic Games