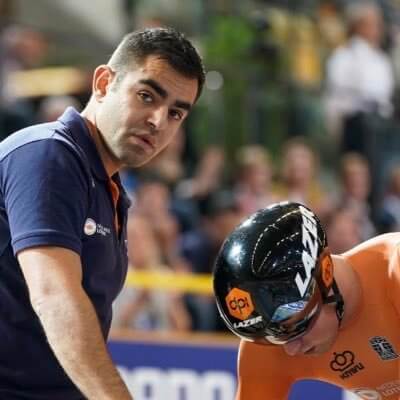 Mehdi Kordi, PhD, is a track cycling coach (sprinting in particular) working with the Royal Dutch Cycling Federation. In Tokyo, the Dutch track sprinters brought home multiple golds and medals, and Mehdi joins us to discuss how these athletes train to be the fastest on the planet. Also we discuss the physiology of W' and how it relates to neuromuscular function, and other bits and pieces from Mehdi's research.

Original study on the influence of neuromuscular variables in W'

Recommendations to get stronger

Reliability and sensitivity of the Notio Konect aero sensor

What is your favourite book, blog or resource?
Google (laughs). Related to sports, Scihub.

What is an important habit that benefited athletically, professionally or personally?
Do not be afraid to admit you are not right.

Who is someone you have looked up to or who has inspired you?
My old rowing coach Chris George. He is trying to get to Kona now. And he is seventy-five, I believe. He was the one who taught me how to row better. And he did it all for free.