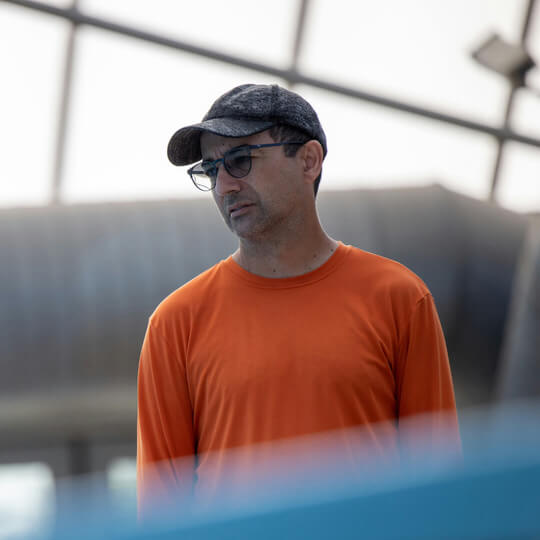 Paulo Sousa is the coach behind one of the longest-standing and most successful international squads on the short-course triathlon circuit. Seven of his athletes qualified for the Tokyo Olympics. In addition to short-course specialists like Taylor Spivey and Summer Rappaport, he also coaches middle-distance specialists Paula Findlay and Eric Lagerstrom. In this episode we discuss the squad, the short-course triathlon scene, and get to hear Paulo's thoughts on training and coaching.

Quick Navigation
In this episode you'll learn about:
Sponsored by:
Shownotes
Paulo's background
Squad training camps
Coaching remotely
Differences between different squads
Motivation for athletes to join a private squad instead of a federation squad
Differences athletes find when they enter the squad
Balancing the racing calendar
Training in a racing block
Differences in training volume between racing and preparation periods
Training intensity during race week
External influences in the athletes' choices
Paulo's training philosophy
Athlete training execution
Essential aspects in each training modality
Simulating cycling races
Cycling workouts
Hill repeats on the run
Things Paulo has changed over the years in his coaching
Particular topics Paulo is currently researching to improve his coaching
Three pieces of advice for athletes to improve their endurance performance
Rapid-fire questions
LINKS AND RESOURCES:

Differences athletes find when they enter the squad

Training in a racing block

Differences in training volume between racing and preparation periods

External influences in the athletes' choices

Essential aspects in each training modality

Hill repeats on the run

Things Paulo has changed over the years in his coaching

Particular topics Paulo is currently researching to improve his coaching

Three pieces of advice for athletes to improve their endurance performance

I have not read a training book in a long time. I do not listen to many podcasts. I read the show notes of "That Triathlon Show", which are excellent.

The essential resources are scientific papers focused on endurance training. I also try to find books related to coaching and personal growth that have concepts that interest me.

A critical habit was creating a "soft discipline" for myself and those around me, meaning on time or delivering what people expect from me. If I have "soft discipline", those around me will eventually have it. For example, things should not be to the minute in camps or training sessions. Over time, I realised that I could be a disciplined person without being "a robot".

There are many people with solid ideas that impacted the way I think. However, no one will have all the inspiration and guidance. People's ideas are the strength, not the people themselves. You can also learn by seeing what people do imperfectly. Nevertheless, the most prominent source of inspiration is my athletes' performance and seeing our daily work coming to fruition.