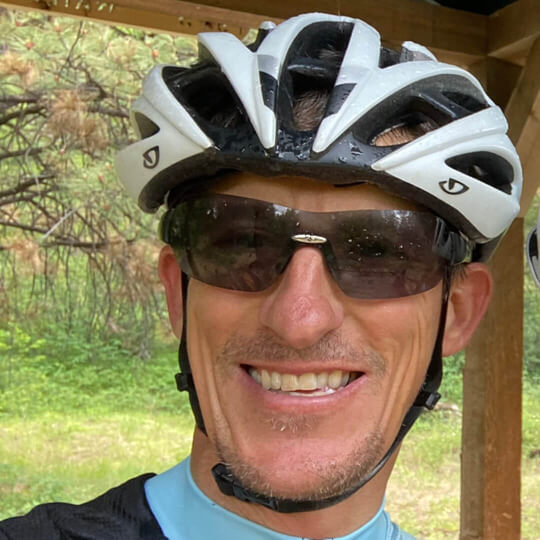 Andrew Sellars, MD, is the team director of Balance Point Racing, a triathlon and cycling club based in British Columbia, Canada. He is also the co-founder of sports technology companies VO2 Master (that manufactures a portable metabolic analyser) and BreatheWayBetter (a respiratory training device). In this interview, we discuss training, testing, and dive deep into breathing, the respiratory system, and respiratory training.

Quick Navigation
In this episode you'll learn about:
Sponsored by:
Shownotes
Andrew's background
Andrew's endurance training philosophy
Example of Andrew's philosophy
Structural vs functional limitations
The differences in triathlon
Training a highly gifted physiological athlete
Testing methodologies and protocols
Physiological testing in the swim
Cycling and running test protocols
Why recovery between sets allows us to understand limitations
Getting the respiratory data
Respiratory limitations
Respiration training
Respiratory training and its effects on performance
Modalities where breathing might be a limiting factor
Why the respiratory system has such low recognition in the sporting community
Other devices
Examples of using the respiratory system in the racing strategy
Rapid-fire questions
LINKS AND RESOURCES:

The differences in triathlon

Physiological testing in the swim

Why recovery between sets allows us to understand limitations

Getting the respiratory data

Respiratory training and its effects on performance

Examples of using the respiratory system in the racing strategy

For me, learning and controlling my breathing.