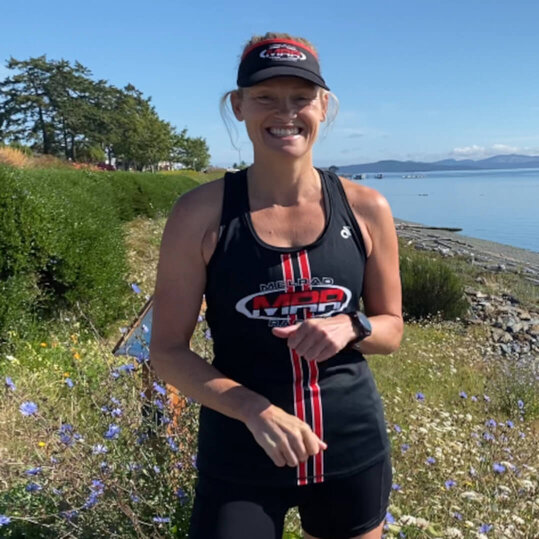 Coach and professional triathlete Melanie McQuaid (still going strong at 49) returns to That Triathlon Show for another interview, this time focusing on Ironman and 70.3 distance training and racing.

FORM
FORM Smart Swim Goggles give you unprecedented real-time feedback in your swim training through a display on the goggle lens. See every split to stay on pace, track your stroke rate and don't let it drop, use heart rate to become more scientific and precise with your training (through integration with Polar HR monitors) and analyse more in-depth metrics post-swim in the app. You can also use a vast library of workouts or training plans, or build your own guided workouts. Get 15% off the goggles with the code TTS15 on formswim.com/tts.

Example of its application

Examples of what has changed in the running training approach

Differences in men and women

Example training week for an age group training for Ironman

St. George in the fall or Victoria.

What bucket list race or event would you want to do?

I want to do some Belgian Waffles.

If you could acquire an expert level in any skill in the world in an instant, what would that be?